GUIDE TO 5 MAGICAL PLACES IN VENETO BETWEEN CULTURE, NATURE, SPORT AND RELAX

The 2017 has just begun and we have already thought about the “Travel Bucket List” with 5 unmissable places in Veneto! Charming places, rich of history and where to spend pleasant days; walking, for example, among the picturesque streets of Chioggia, immersing yourself in the nature along the River Piave until Lio Piccolo, strolling among the medieval palaces of Portobuffolè and finally getting lost among the gorges of the Caglieron Caves.

Have you thought about your travel destinations for the new year? Make yourself comfortable and get inspired… The journey begins!

Also known as Little Venice, it is famous for its harbor, for the vivid colors of its historical center, for fishing, but above all to be immortalized by Goldoni in his work “Le baruffe chiozzotte”.

Chioggia rises on a group of small islands in the southern part of the Venetian lagoon, a small jewel that preserves the traces of its past: popular traditions, the accents of local dialect, the sincerity of its inhabitants, but also the delicacies of its fish cuisine.

Here too, as in Venice, instead of streets and squares are calli and canals, among which the main Canal Vena, crossed by nine bridges. A place not to be missed is the Pescheria, the fish market, covered by red tents, in which to immerse yourself in a lively atmosphere that encloses the charm of the fishermen and their sea.

A curiosity: in Chioggia is located the most ancient clock in the world! Just so. The Clock Tower of Sant’Andrea holds this record. The document relating to the mechanism of the clock dates back to 1386.

All that remains is to stroll through the streets, enjoy the simple life of this town, listen to the chatter of its inhabitants, admire the charming views over the canals and rediscover the scenarios narrated by Goldoni. 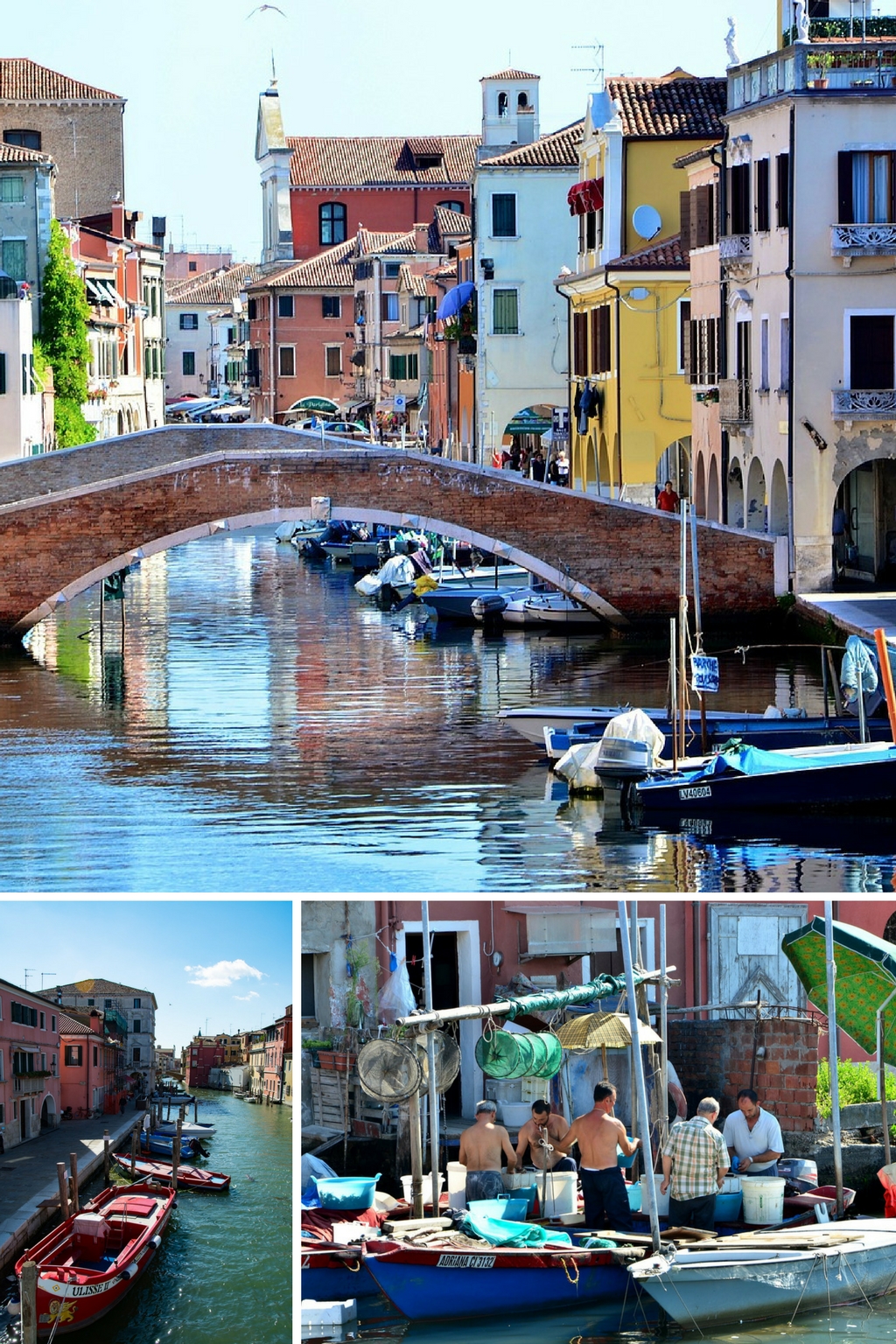 2. THE AMAZING NATURE OF BASSO PIAVE

A little known area that encloses naturalistic and historical treasures.

We are talking about Basso Piave, a unique land, crossed by the river sacred to the Homeland, the Piave, theater of bloody battles during the First World War, among which the famous Battle of the Solstice.

Also the famous American writer Ernest Hemingway, engaged in these places with the Red Cross during the Great War, loved this land so much that he liked to call himself a “Guy of Basso Piave”. The memories of those days passed in the trench to help the wounded inspired him for the drafting of “A farewell to arms” and “Across the River and Into the Trees”. Today, you can retrace its tracks thanks to the itinerary of about 11 km “The places of Hemingway”.

All that remains is to retrace the history and admire the natural beauties on a kayak or bicycle! 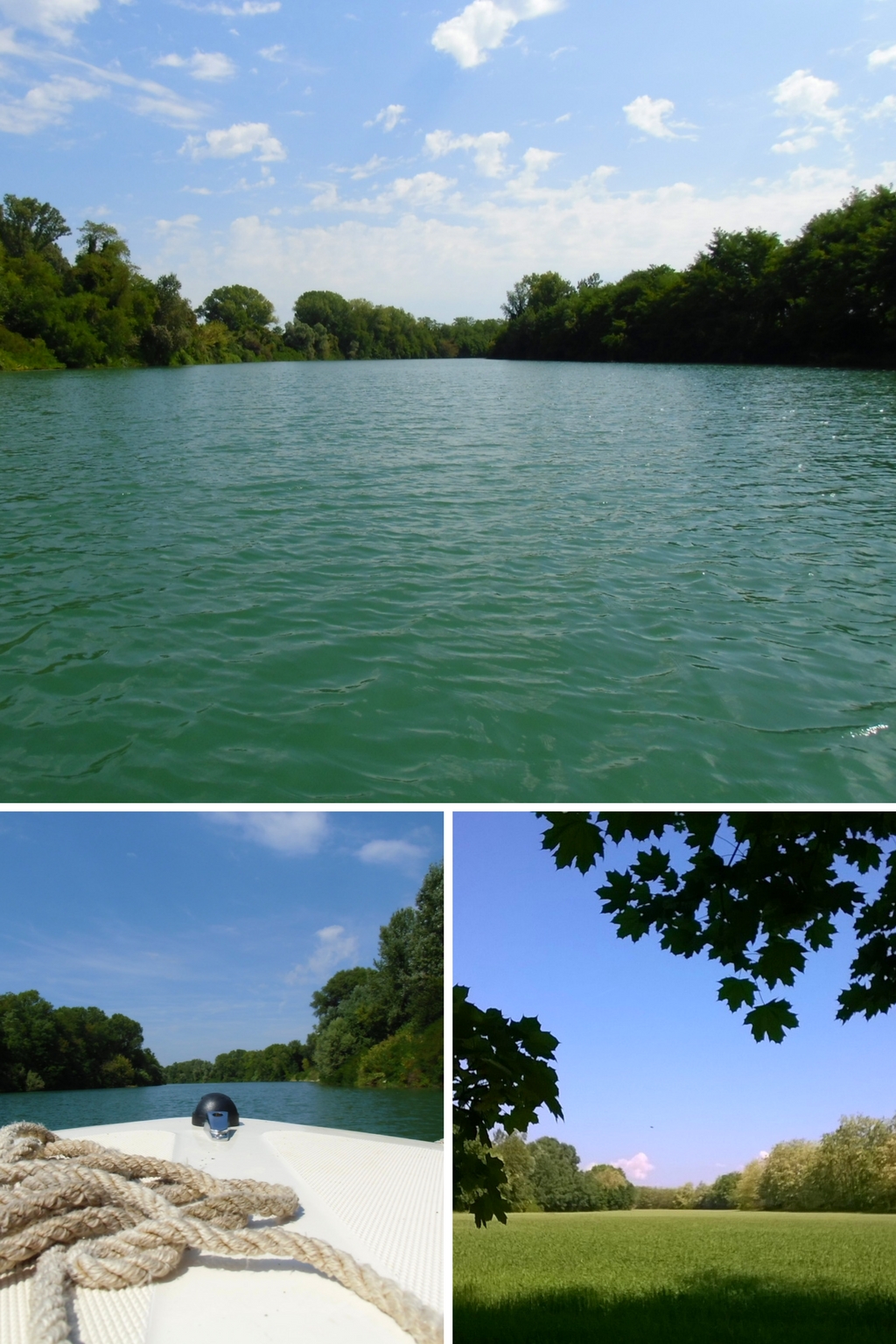 A landscape made of lagoon valleys and cultivated fields.
A suggestive glimpse on the less note part of the Venetian lagoon.

We are talking about Lio Piccolo, small village, surrounded by fishing lagoons and immersed in the silence broken only by the recall of many species of birds who live here. There are, in fact, special inhabitants: the pink flamingos!

A scenario to be admired at the edge of a bike or simply walking. The itinerary starts from Cavallino crosses the valley of Saccagnana and Paleazza, until you reach the small village of Lio Piccolo. The path, easy and flat, allows you to dive into a world of cultivated fields, ancient farmhouses, fishermen houses and sandbanks.

Useful advice: the itinerary develops on small roads open to traffic. Pay attention to the cars along the way. 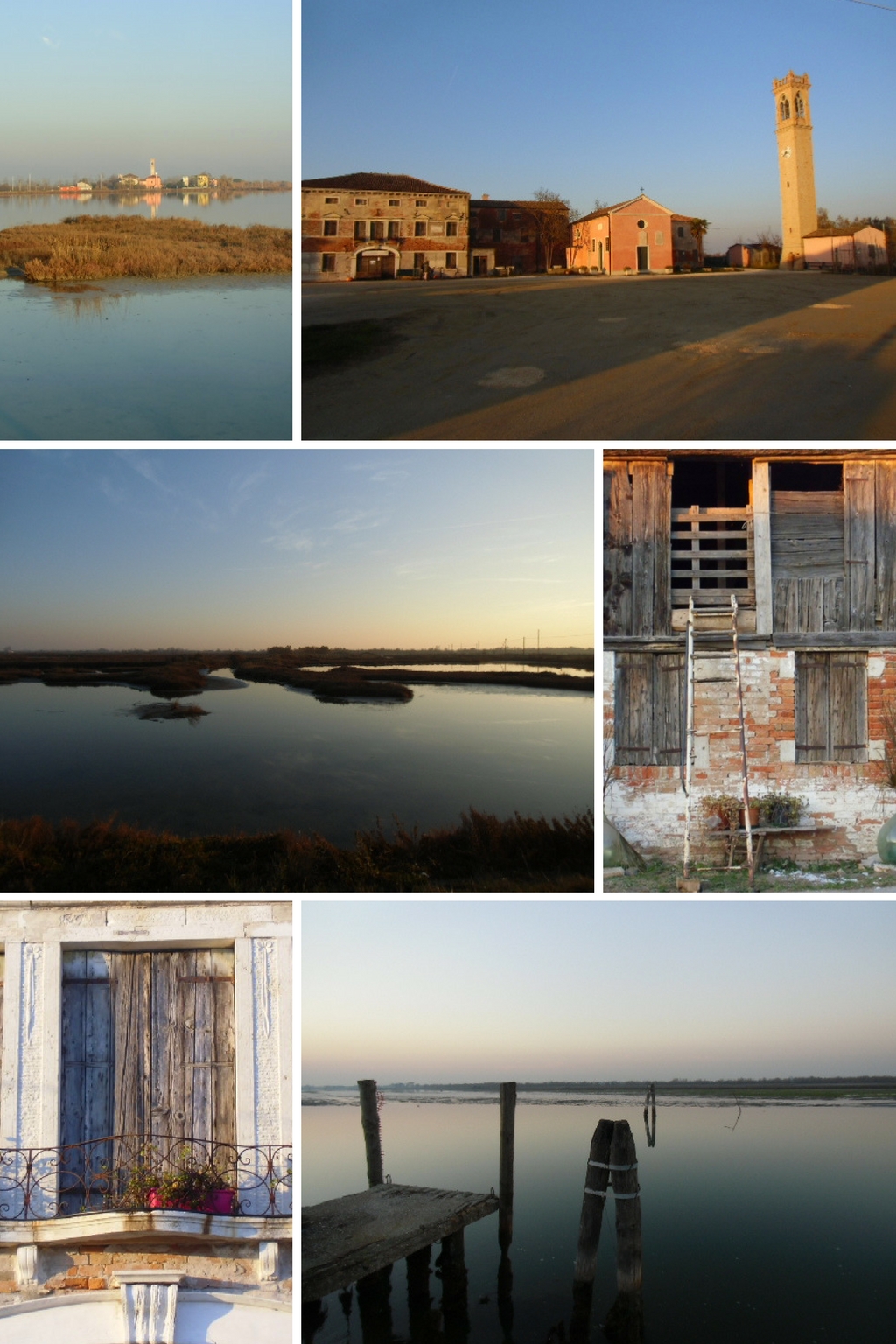 With these verses Dante Alighieri celebrates Gaia da Camino, poetess of the Fourteenth Century, known for having laid down in what is today one of the “Most Beautiful Villages in Italy”: Portobuffolè.

This is a small village of even a thousand inhabitants, located on the border of the Province of Treviso, which played a strategic role for the Venetian trading in medieval times. It was an important center for literature courteous and chivalrous frequented by illustrious authorities.

The Municipal Tower, high 28 meters and dating back to the X century, is the only one remaining of the castle’s seven ancient towers. On the clock there was the hole from which the prisoners were dropped into the underlying prison.

Strolling through the streets of the historic center, you can admire the marvelous historical palaces, among which the dwelling of the famous and controversial Gaia da Camino.

A village, therefore, that has nothing to envy to the most famous Venetian destinations.

5. GROTTE DEL CAGLIERON, MASTERPIECE OF NATURE AND… OF MAN!

The Caglieron Caves are situated in the locality of Breda di Fregona, in the Province of Treviso.

Even if they are called caves, in the past were quarries. In fact, a time, in this area there was a flourishing activity of extraction of the stone in which worked hundreds of people. The first historical document attesting these excavations dates back to 1500.

The latest stonecutters completed the activity in 1950 and now it is possible to see the tools that they used at the Museum of the Stonemason.

Why was the stone dug right here? In the past, the sea came up to these places, then it is withdrawn and has left a sandstone very tender and easy to work.

There are 42 caves reviewed on this territory. Now, one of these, the Cave of San Lucio, is used for the aging of the cheese, the Cheese Cave; a product that has the property of not making the mold.

The Caves of Caglieron can be visited along the wooden footbridge of about 1 km that begins in via Ronzon, crosses the torrent Caglieron, and falls on a wide path, passing under the bridge of the provincial road.

The most evocative part are surely the waterfalls, high several meters, appreciated for their coolness in summer and in winter because they turn into wonderful ice sculptures. 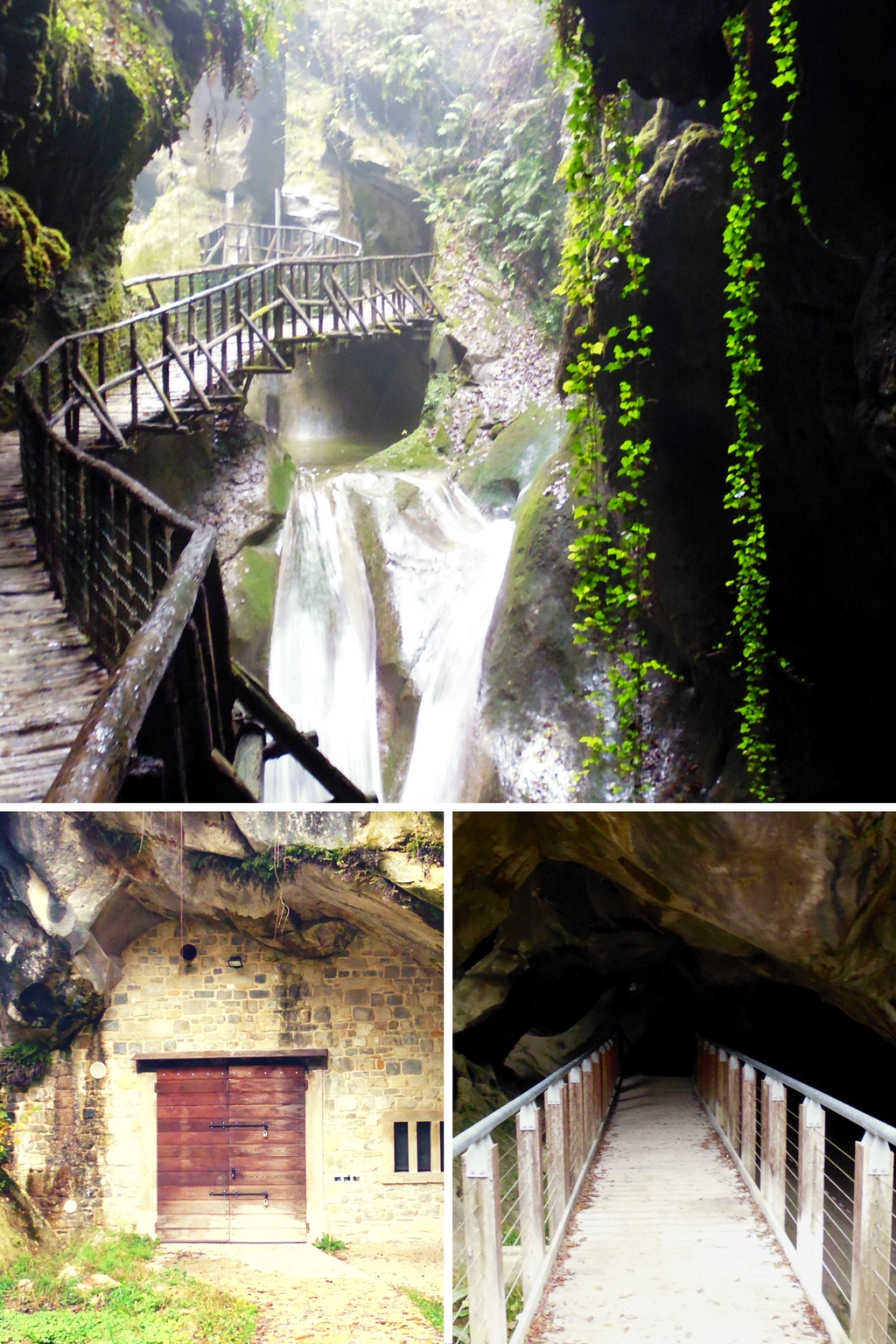 Now,  do you know your next holiday destination? 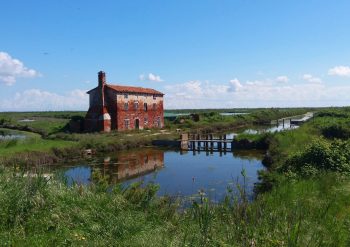 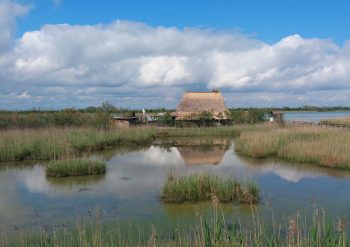 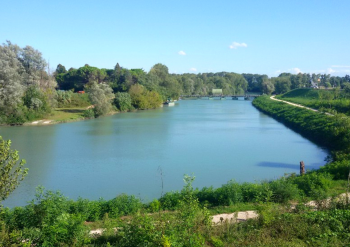